Generally speaking, I’m very careful about highlighter and bronzers. I mean, they’ve been so overdone of late. They are everywhere, there’s no escape from them. And once they are overdone, they look unnatural.

But Guerlain – who I think are really good in face and tone and base territory – released a new highlighter this fall that I happen to love. Well, for starters, it’s beautiful. But that’s not the only reason. What I love about it is that it’s so delicate. It’s not crazy big time shiny sparkly thing that just slaps anyone who sees it screaming out loud on the cheeks right in the face. It’s subdued and nice and glowy in an elegant way. 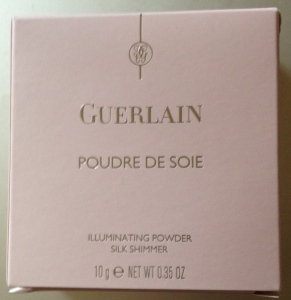 It comes in a vintage box. If you had a limited edition Gardenia illuminating powder by Guerlain, you know what this box looks like. It’s pretty high. Higher than compacts we’re used to now. The box design is very clean and simple and it’s a stark contrast to all the beauty inside. There’s no scent to Poudre de Soie. Makes me happy. Sometimes in their limited edition bronzers and highlighters Guerlain has such strong perfume like scents I can’t bear them and use them. 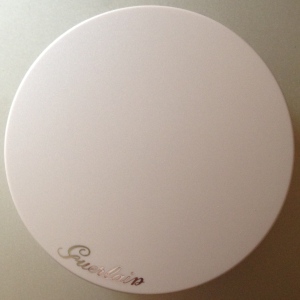 And the shade of Poudre de Soie is awesome. Most of the times highlighters and bronzers tend to be all golden and bronze. I’ve said it many times, and I’ll say it again, one should be really careful with these shades in tone and base, because they just don’t look universally good on everyone, especially when there’s too much of this golden and bronze stuff. 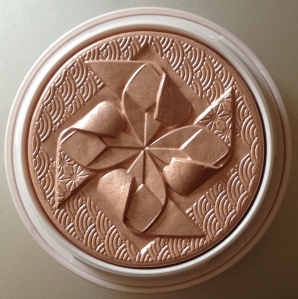 This is not the first time Guerlain nails this truly flattering highlighter shade. Beige with some rosy pink in it. An awesome shade, will work great for most complexions. Much more so than all the usual golden, bronze and coral shades highlighter shade. Stunning. 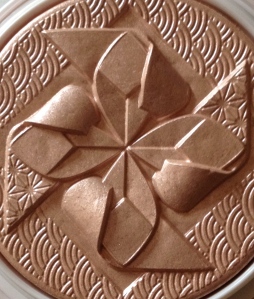 This shade is so gorgeous it makes me want to try it all over my face. I just don’t like the overall glow, which I think has been overdone too in recent times, by the way J Anyway, this shade here will work for pale skin and darker skin and tan and… and… it’s a nice shade, trust me. 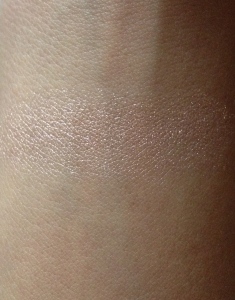 And the design of this limited edition highlighter is… spectacular. I mean, this print on it, wow. And, yes, it’s still shiny, and there’s some pink sparkle in it, but it’s not crude, it’s nice, it’s kind of understated, probably, due to the shade. 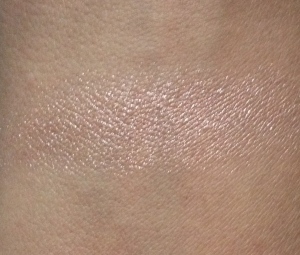 If you have no time for the whole sculpting and highlighting routine, just a quick touch of this highlighter on your cheeks, the way you’d use you blush, would get you a great result in a minute. Seriously, I can’t praise Guerlain Poudre de Soie enough. It’s a small masterpiece in the highlighter world.