Why am I posting about this collection now, even though it’s a holiday collection? Because it was cutting edge and kind of artsy for holiday season, and now in summer it’s just, well, chic. You’ll see 🙂 The name of this collection actually indicates chic in a lot of ways. The Sunset Strip is the name of a part of Sunset Boulevard in West Hollywood, California. This trendy area is full of fancy restaurants, boutiques, nightclubs, well you got the point 🙂 And billboards, of course. That’s how you know it, even if you’ve never been there. You have an image in your mind somewhere, for sure. This collection by ORLY is full of bright colours, which seems to be very exotic for holidays and very traditional for summer, but those colours are not just brights, they are more saturated, more intense, deeper in their core than usual. They have a very high level of radiance and vibrance in them, much higher than shades generally have. All of the above makes these shades special for summer or any other season of the year, for that matter.

See what I mean? 🙂 How often do bright colours slide right into dark somehow? How often does intensity darkens things up in makeup? Too often for me, I’ll tell you. While this batch of six shades by ORLY doesn’t disappoint. It delivers it all – colour that pops, professional quality and just fun 🙂 And there’s no coral and no turquoise in it 🙂 There’s pink, yes, a bright one too, but it’s not fuchsia, and it’s different in essence from summer pinks that almost get suffocating this time of year, because they are all over the place and then over some. While these six shades right here can give you brightness and an artsy feel without undermining the elegance there’s generally in your looks. And that’s really high class, because it’s something that’s hard to achieve. You know how it always goes – it’s either elegance or relevance, basically. Well, personally, I think both are doable in one run. Now, it requires more thinking, but the result is always worth it. Because elegance and sophistication with a little bit of an edge to it is a mighty power. Try it, and you’ll see. 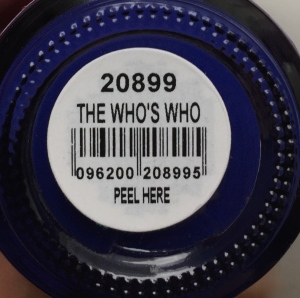 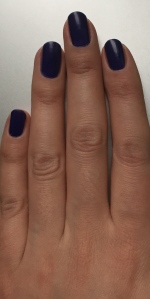 This blue is big time blue, but it’s not crazy, it’s deep deep blue sea like.

The Who’s Who balances on the very tip of too dark but proudly remains standing.

So, beware, if you like navy blue manicures, this isn’t one 🙂 Then again, maybe, you are ready to try something new? 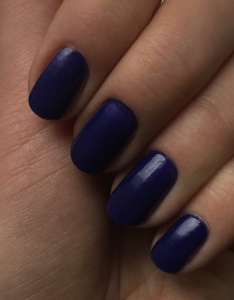 You know what this blue is though? Profound. Yeah. That’s the word that comes to mind when looking at it.

This shade will take your bright blue outfits to a whole new level. You didn’t even know they can look that. 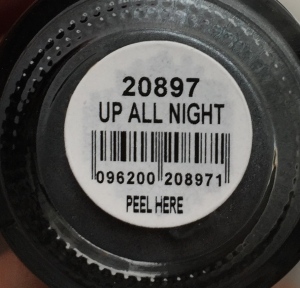 Of all the shades here this one is the least summery, some people would say. I can see that. But…

Grey nail colour is so much of a part of our life now that a lot of us wear it at any given point of year. Even in summer.

Then again, as any shade in this collection, this one here is so much more than what it looks like at first glance.

It’s medium and even on the darker side grey, but this metallic glow in it changes the whole narrative.

It makes this grey mysterious and special occasion like, and you’ll see how it will play in the sun. 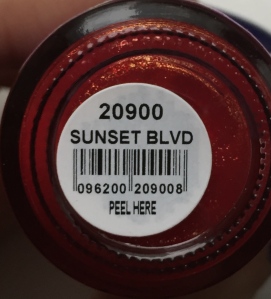 This shade looks red in the bottle. With an orange undertone, maybe. Before you start yawning and saying you have brighter and better reds lined up for summer though…

It’s not just red. It’s metallic. Pearly. But you can only see it, once it lands on your nails.

Actually, believe it or not, there’s some golden sparkle there too.

And I’m back to – all this beauty can do only so much for you in winter. 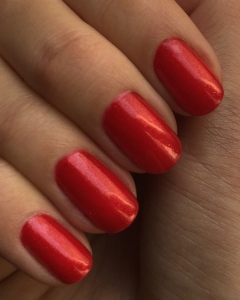 But in summer, when there’s sun, it can do a whole lot of great things.

It’s not in vain that this shade is called Sunset Blvd. It’s awesome. If you thought red is always a classic in manicure world, this shade will show you red can do more.

This purple is vibrant and – once again – very concentrated and intense. 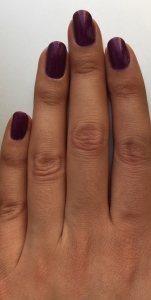 Rest assured though, it’s not too dark. It has a secret in it that makes it stand out. 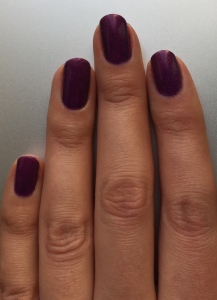 The purple itself lights up from within, once it’s settled comfortably on your nails.

The sparkle and pearl starts dancing with light – both natural and artificial. And this dance is breathtaking.

Celebrity Spotting is truly special. I’ve seen so many purple shades, and this one is still super exciting. Thanks to its perfect balance of colour brightness and sparkle. 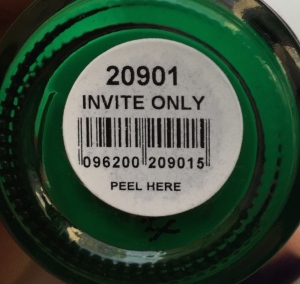 This shade name makes sense, as my whole post is pretty must an invitation for you to take a closer look at these nail colours.

And I’m most pleased to show off to you this one in particular, because it’s green.

Let me tell you up front. It’s bright. It’s not a cute little spring like pastel bud or pistachio green.

This here is a real deal for green manicures fans. Can anyone else possibly get into it?

Let me try to make a case for you to, maybe, do. This green is a rare case of intense rather than just bright.

It’s more like it’s full and deep and rich than super bright. Just like that blue with blue outfits, this green will be a killer with green clothes. Absolutely.

Six. (And it’s pity, because it’s the last one)

Ok, Ok, I just structured my post in such a way as to make it be the last one. Still, pretty cool, huh?

Well, for starters, it’s pink. What can be more summery than that? Only turquoise 🙂 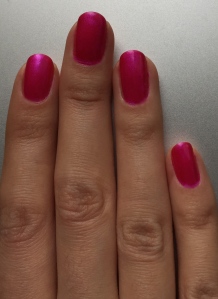 Is this shade too bright? No. Neon? Not really. Fuchsia? Nah. Disco like? A little, in a good way.

Not only it’s pink, and a pretty bright one, it’s pearly too. Wow. That’s rare. 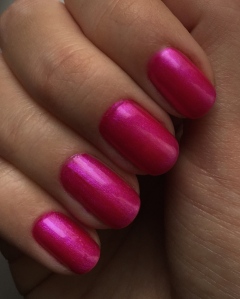 It’s a cool pink with a lilac glow to it due to the pearl. And even that doesn’t make it slide into fuchsia. Nice.

Instead it’s pink and there’s a certain lightness about it. Not in terms of colour intensity, but in terms of sensation it gives you and people around you spotting your manicure.

These are our six shades. Sunset Strip by ORLY. Holiday? No, c’mon, these shades scream summer, whisper summer, breathe summer. They are sophisticated, not too much, and at the same time they have so much happiness wrapped in them. A bunch of happiness you can have all for yourself and share with the world. They make you feel that summer is here on your fingertips. Can you feel it? Of course, you can. If not, one of these shades, that’s ever so yours, will get you there in a minute. This collection has magic in it, like all truly great things. It’s almost impossible to explain it, describe it or word it. But once you try it, you’ll know it’s there. I’m very much impressed by what ORLY did here. Working magic is the ultimate goal of fashion and makeup, if you come to think of it. It’s all about transformation, and transformation is always magical. And even though in our fast moving and very much commercial world we tend to forget about it, there are things that remind us of it. This here is one of them. Or else, six.